Embark on an epic adventure full of whimsy, wonder, and high-powered weaponry! Bullets, magic, and broadswords collide across this chaotic fantasy world brought to life by the unpredictable Tiny Tina. Roll your own multiclass hero and loot, shoot, slash, and cast your way through outlandish monsters and loot-filled dungeons on a quest to stop the tyrannical Dragon Lord. Everyone’s welcome, so join the party, throw on your adventuring boots, and be Chaotic Great!

Pre-order Tiny Tina’s Wonderlands and receive the Armor Preset for your Hero!

Online Customers: Code will be packed with your game.

Store Customers: Code will be packed with your game. 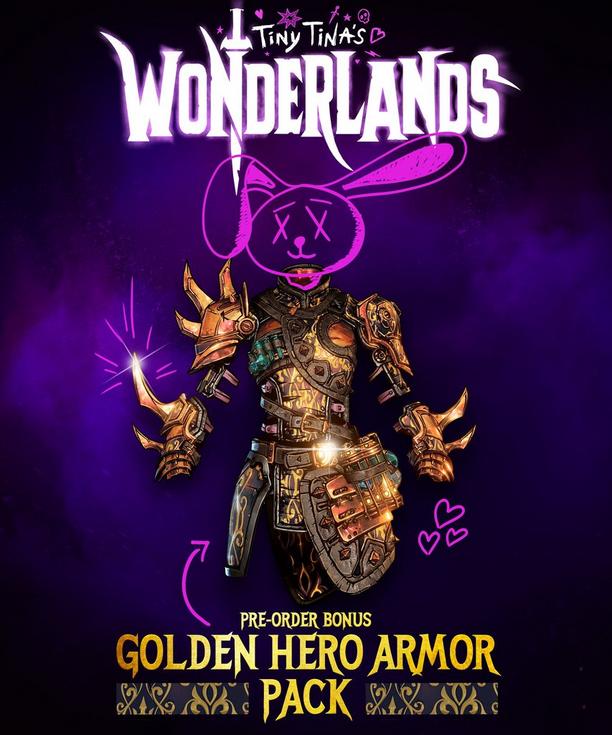 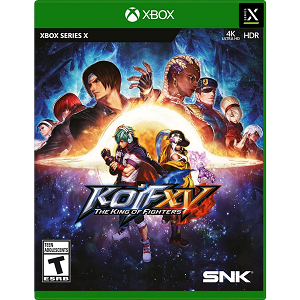 The new KOF “XV” that transcends everything! Since its debut in 1994, the KOF fighting game series has been driving the world to the excitement with its appealing characters and unique game system. Six years have passed since the last title in the series, and now KOF 15 surpasses all of its predecessors in terms of graphics, systems, and online experience!
not rated $50.28 Buy at Gamestop
Sale! 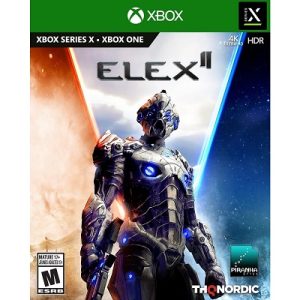 ELEX II is the sequel to ELEX, the vintage open-world role-playing experience from the award-winning creators of the Gothic and Risen series, Piranha Bytes. ELEX II returns to the post-apocalyptic Science Fantasy world of Magalan – with massive environments that can be explored with unrivaled freedom via jetpack, you will be able to move through the epic story any way you want.

Several years after Jax defeated the Hybrid, a new threat arrives from the sky, unleashing the dangerous powers of dark Elex and endangering all life on the planet. In order to defend the peace on Magalan and the safety of his own family, Jax has to go on a mission to convince the factions to unite against the invaders. 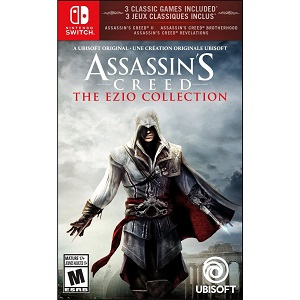 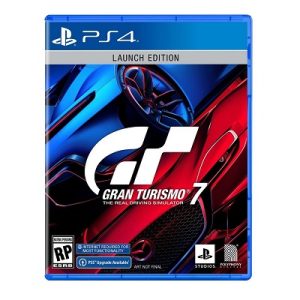 Whether you’re a competitive or casual racer, collector, tuner, livery designer, or photographer – find your line with Gran Turismo 7 and its staggering collection of game modes including fan-favorites like GT Campaign*, Arcade, and Driving School*.

Whether you’re a competitive or casual racer, collector, tuner, livery designer, or photographer – find your line with a staggering collection of game modes including fan-favorites like GT Campaign*, Arcade, and Driving School*.

With the reintroduction of the legendary GT Simulation Mode*, buy, tune, race and sell your way through a rewarding solo campaign as you unlock new cars and challenges. And if you love going head-to-head with others, hone your skills and compete in the GT Sport Mode*.

With over 420 cars available at Brand Central* and the Used Car Dealership* from day one, Gran Turismo 7 recreates the look and feel of classic motors and bleeding-edge supercars alike in unparalleled detail. Each car handles differently and feels unique as you navigate over 90 track routes in dynamic weather conditions, including classic courses from GT history. 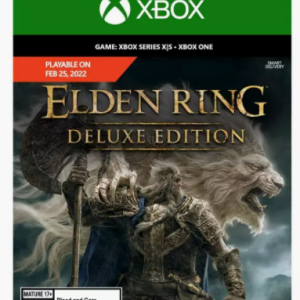 GameStop invites you to a mythical world filled with adventure in ELDEN RING on Xbox One. Danger lurks in every corner in this action RPG video game. Explore an open world rich with magic, ruins, and combat. Encounter the game’s secrets as you discover the mysteries of ELDEN RING.

The Golden Order has been broken. Rise, Tarnished, and be guided by grace to brandish the power of the Elden Ring and become an Elden Lord in the Lands Between.

ELDEN RING, developed by FromSoftware Inc. and produced by BANDAI NAMCO Entertainment Inc., is a fantasy action-RPG and FromSoftware’s largest game to date, set within a world full of mystery and peril.

A NEW FANTASY WORLD
Journey through the Lands Between, a new fantasy world created by Hidetaka Miyazaki, creator of the infl uential DARK SOULS video game series, and George R. R. Martin, author of The New York Times best-selling fantasy series, A Song of Ice and Fire. Unravel the mysteries of the Elden Ring’s power. Encounter adversaries with profound backgrounds, characters with their own unique motivations for helping or hindering your progress, and fearsome creatures.

WORLD EXPLORATION IN THE LANDS BETWEEN
ELDEN RING features vast fantastical landscapes and shadowy, complex dungeons that are connected seamlessly. Traverse the breathtaking world on foot or on horseback, alone or online with other players, and fully immerse yourself in the grassy plains, suffocating swamps, spiraling mountains, foreboding castles and other sites of grandeur on a scale never seen before in a FromSoftware title.

GENRE-DEFINING GAMEPLAY
Create your character in FromSoftware’s refi ned action-RPG and defi ne your playstyle by experimenting with a wide variety of weapons, magical abilities, and skills found throughout the world. Charge into battle, pick off enemies one-by-one using stealth, or even call upon allies for aid. Many options are at your disposal as you decide how to approach exploration and combat.

Pre-order Elden Ring to get a Digital Adventure Guide and Bonus Gesture.

Pre-order to get a Digital Adventure Guide and Bonus Gesture.

The DIGITAL ADVENTURE GUIDE contains useful information for the player’s adventures in the Lands Between.

The Bonus Gesture can be used in-game.

Pre-order to receive at the start of the game.

Players will also be able to obtain this in-game. 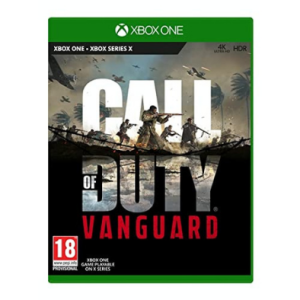 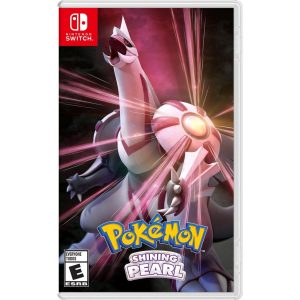 Experience the nostalgic story from the Pokémon Pearl Version game in a reimagined adventure, Pokémon™ Shining Pearl, now on the Nintendo Switch™ system! Adventures in the Pokémon Shining Pearl game will take place in the familiar Sinnoh region. Rich in nature and with mighty Mount Coronet at its heart, Sinnoh is a land of many myths passed down through the ages. You’ll choose either Turtwig, Chimchar, or Piplup to be your first partner Pokémon and then set off on your journey to become the Champion of the Pokémon League. Along the way, you’ll be able to encounter the Legendary Pokémon Palkia. 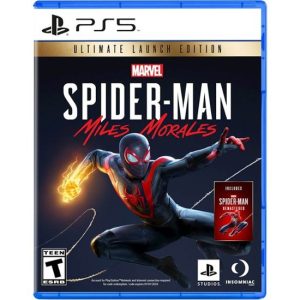 In the latest adventure in the Marvel’s Spider-Man universe, teenager Miles Morales is adjusting to his new home while following in the footsteps of his mentor, Peter Parker, as a new Spider-Man. But when a fierce power struggle threatens to destroy his new home, the aspiring hero realizes that with great power, there must also come great responsibility. To save all of Marvel’s New York, Miles must take up the mantle of Spider-Man and own it.

In the latest adventure in the Marvel’s Spider-Man universe, teenager Miles Morales is adjusting to his new home while following in the footsteps of his mentor, Peter Parker, as a new Spider-Man

But when a fierce power struggle threatens to destroy his new home, the aspiring hero realizes that with great power, there must also come great responsibility. To save all of Marvel’s New York, Miles must take up the mantle of Spider-Man and own it

Tempest 3D Audiotech: Hear the city come alive around you in Marvel’s Spider-Man: Miles Morales with 3D spatial audio, enabling you to hear what’s happening around you from the rooftops to the city streets